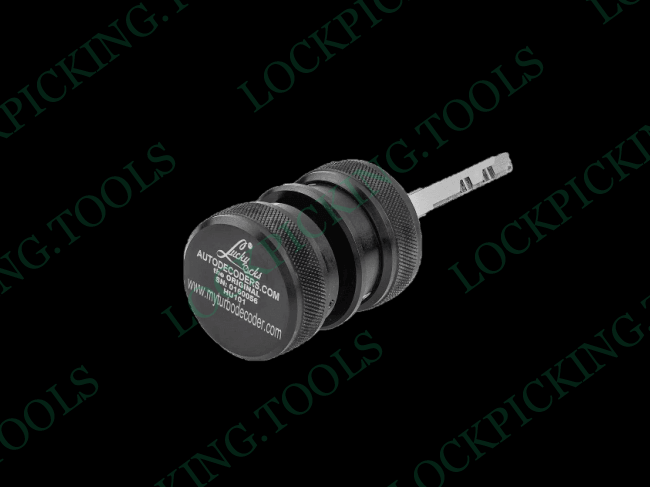 TurboDecoder HU101 is Professional locksmith tool for unlocking and decoding automotive locks fitted to Ford, Range-Rover, Volvo, Land Rover and Jaguar. These locks have a HU101 key profile / SILCA /and contain 10 code wavers / discks. With our instrument, the unlocking itself becomes easy and fast. Because of the decoding option the operator is able to create / cut /  a duplicate key without having to disassemble the lock. Turbo Decoder HU101 is suitable for unlocking both the door and the steering lock.

This decoder is an automatic self impression device which unlocks doors and ignition locks in a few seconds! It is Easy to learn and easy to use! And that’s why it is the perfect tool when your clients have lost their keys or the keys have been locked inside the car.

Our Turbo Decoder HU101 is designed to open fast the following vehicles:

Our decoder is a high precision locksmith device with 10 double pins. So please use it carefully after watching the VIDEO INSTRUCTIONS! The application of the exact steps described in the video is very important in order to avoid damages to the lock or the tool and to get a successful opening!